The Avatar calls for a complete makeover in appearance and consequently the apparel comes in consistent blue accompanied by bows and accessories.

A great opportunity for women to flaunt their curves with this costume; it is mostly skin hugging, in stripes and at times with a tail. 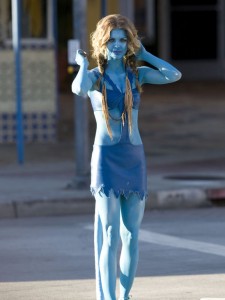 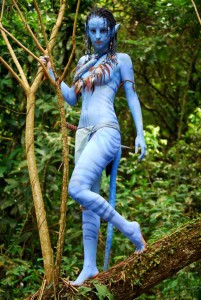 This one is a bit loose with a white band around the waist line. 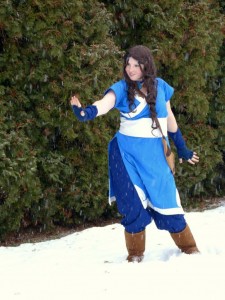 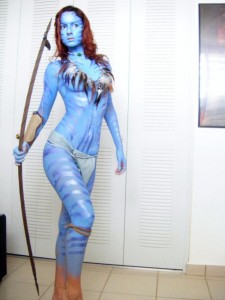 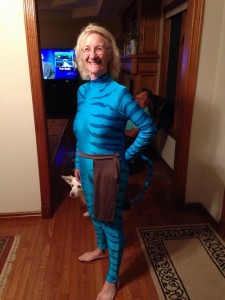 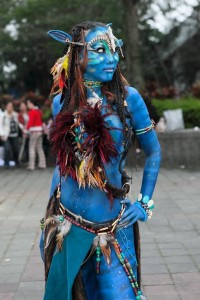 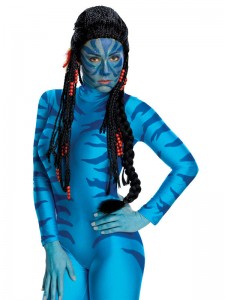 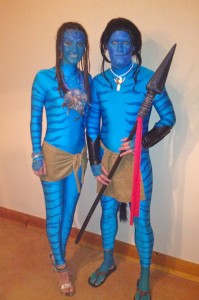 The male attire is also of  the royal blue having stripes and sporting a tail. 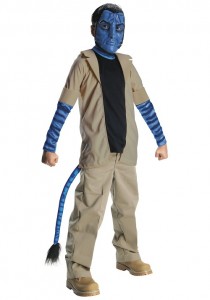 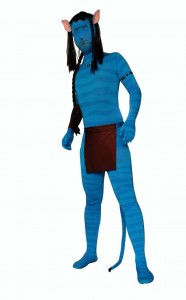 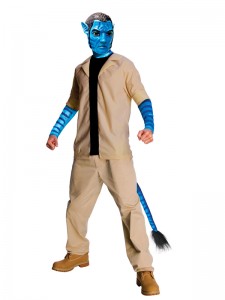 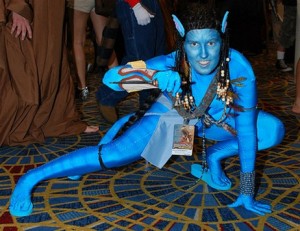 A great variation for the little ones in trying out something new than the customary rabbit and wolf; this overall blue costume is a must. 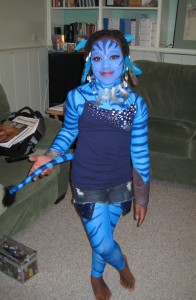 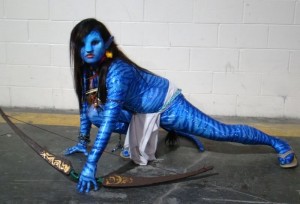 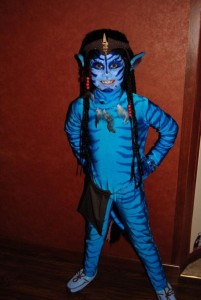 What if one fuses magic with being different? There are patches of blue noticeable within the air bender’s costume. A perfect duo! 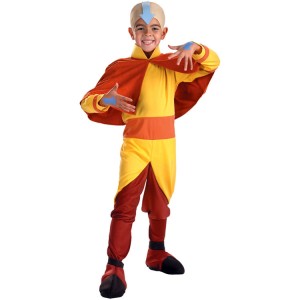 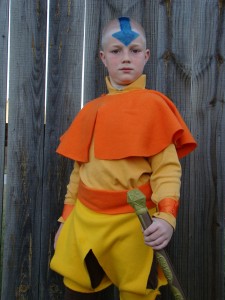 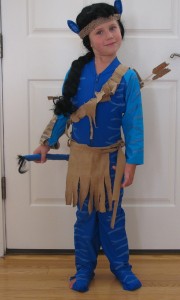