A doctor is supposed to be prim and proper, his/her clothing neat and clean such that one feels at ease in their company. Consequently, these costumes appear in light shades and may contain a white apron and a stethoscope.

Mostly available in two pieces, these costumes come in shades of light blue and white. They may contain a cap too. 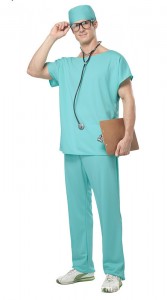 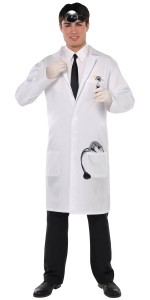 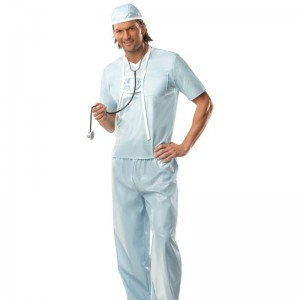 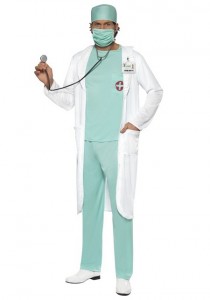 These may be available either in long trousers or short skirts. They may contain cross printed caps too. 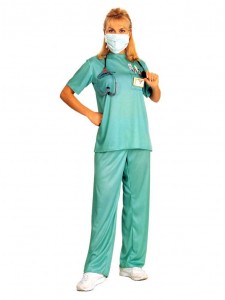 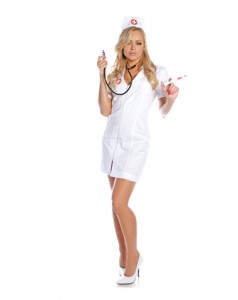 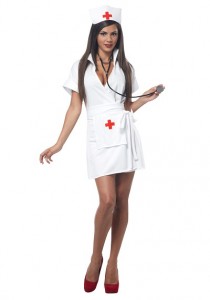 These come in pure light blue or pink and may contain a cap too. 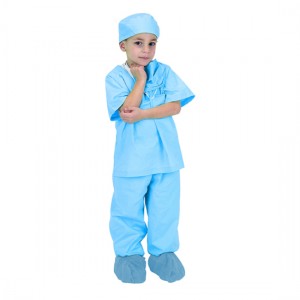 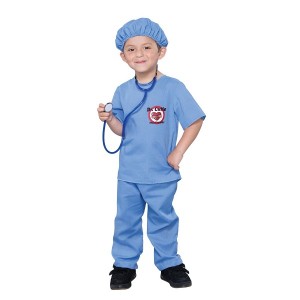 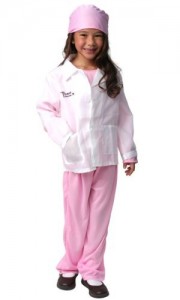 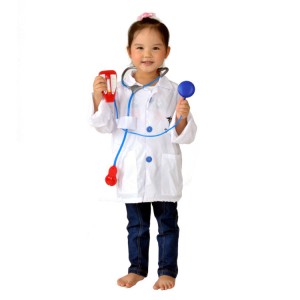 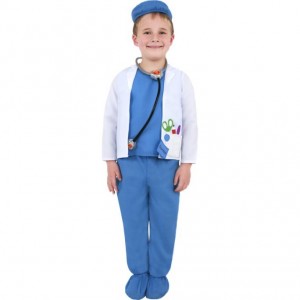 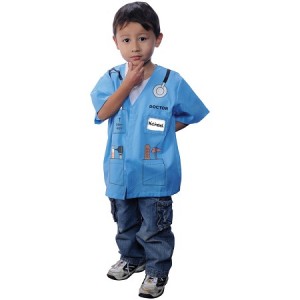 This one is for the lovely girl doctor complete with cap and white apron. 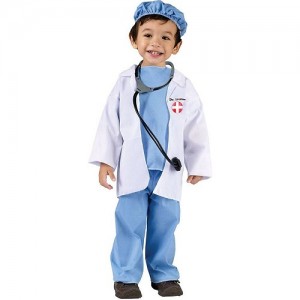 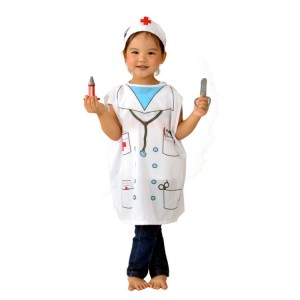 Baby, want to be a doctor? Come and cover up in this light blue costume and don’t forget the stethoscope. 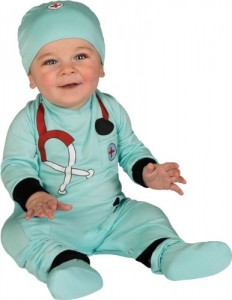